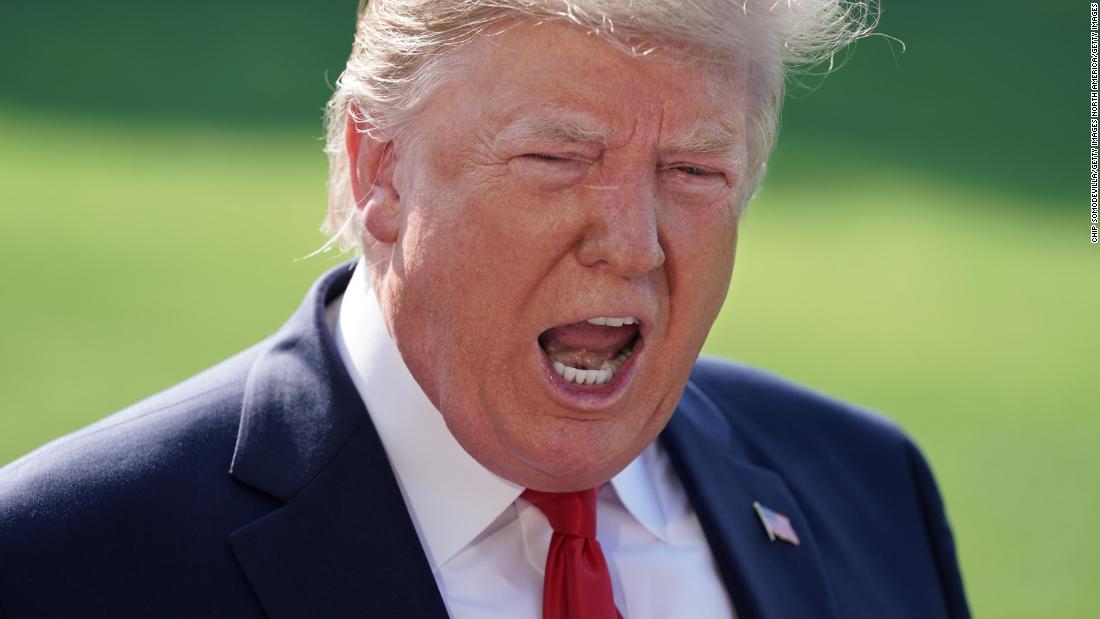 (CNN)Black state lawmakers in Virginia are planning to boycott an event commemorating the 400th anniversary of the first representative legislative assembly in the western hemisphere because President Donald Trump plans to attend.

The boycott from the caucus and other Virginia Democrats comes as Trump has continued his attacks against notable people of color. Over the weekend, Trump attacked Maryland Rep. Elijah Cummings, tweeting that his Baltimore district is a “disgusting, rat and rodent infested mess.” Earlier this month, Trump — in racist language that was later condemned by a House resolution — told four progressive Democratic congresswomen of color to “go back and help fix the totally broken and crime infested places from which they came.” Three of the four were born in the US, and the fourth is a naturalized US citizen. 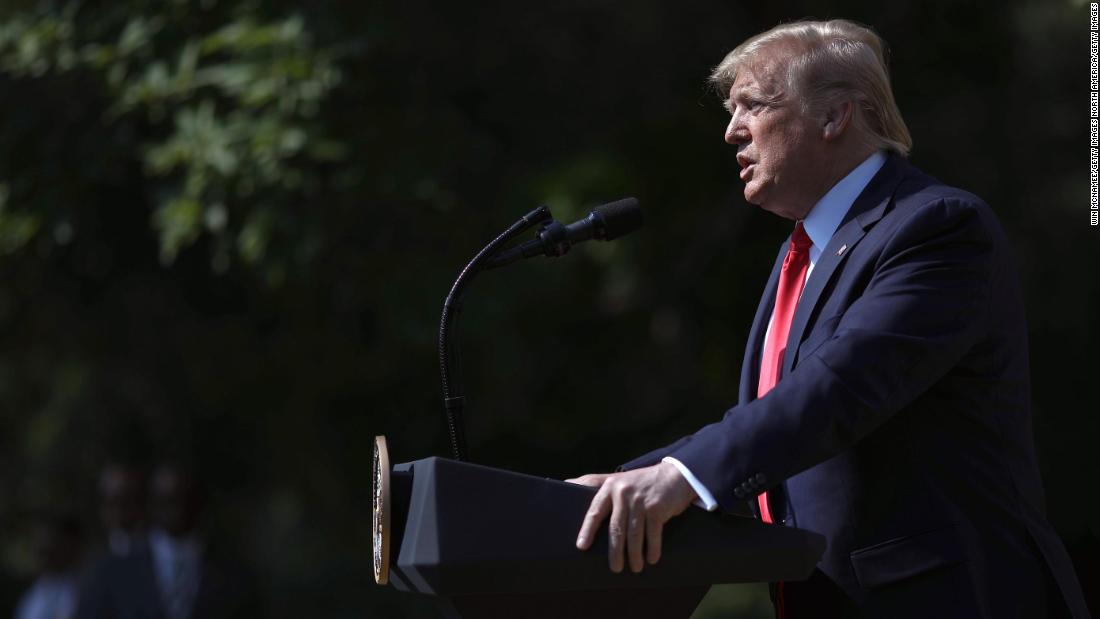 The Virginia Legislative Black Caucus said that Trump’s “repeated attacks on Black legislators and comments about Black communities makes him ill-suited to honor and commemorate such a monumental period in history.”
“The VLBC will not in good conscience sit silently and support his inclusion in this event. It is impossible to ignore the emblem of hate and disdain that the President represents,” the 20-member caucus said, adding, “Those who have chosen to attend and remain silent are complicit in the atrocities that he incites.”
Trump on Tuesday appeared unbothered by the boycotts, downplaying it as “all a fix.”
“That’s OK. Well I think if that’s the case I’d be shocked, but if that’s the case, they’re fighting against their people because the African-American people have been calling the White House. They have never been so happy as what the President has done,” Trump said before his departure to Virginia. He added: “So you may have a couple of politicians boycott, but it’s all a fix. It’s all a fix. The fact is, African-American people love the job because I’m working for them.”
After local reports that Trump would be attending Tuesday’s events in Jamestown, top Democrats in the state legislature announced on July 19 that they “will not be attending any part of the commemorative session where Donald Trump is in attendance.”
“The current President does not represent the values that we would celebrate at the 400th anniversary of the oldest democratic body in the western world,” the two House and Senate minority leaders and two Democratic caucus chairs said in a statement.
“We offer just three words of advice to the Jamestown-Yorktown Foundation: ‘Send Him Back,'” they wrote, referring to the chant that broke out at a Trump rally in North Carolina aimed at Minnesota Democrat Rep. Ilhan Omar.
Virginia Gov. Ralph Northam, a Democrat, had helped extend the invitation to Trump last year to attend the commemorative events, 2019 Commemoration, American Evolution, the event’s steering committee, confirmed in a statement. The group said that Northam, along with Virginia House Speaker Kirk Cox and Senate leader Tommy Norment, both Republicans, had also invited House Speaker Nancy Pelosi to join, but she had declined.
Norment in a July 20 statement called state Democrats’ decision to boycott the events “disappointing and embarrassing.”
Richmond Mayor Levar Stoney had also resigned from the committee over the decision to invite Trump, according to the Richmond Times-Dispatch.
“A president who labels those who disagree with him as un-American and ignorantly advocates for duly elected congresswomen, all United States citizens of color, to be sent back to their countries of origin has no place at this commemorative gathering in our Commonwealth this weekend,” Stoney wrote in a resignation letter, the Times-Dispatch reported.
Virginia Lt. Gov. Justin Fairfax, the state’s most prominent black politician, will be in attendance.
“The celebration of the birth of democracy in America and the honor of standing in the footsteps of my enslaved ancestors as a statewide elected official far supersede the petty and racist actions of the current occupant of the White House,” Fairfax wrote in a Medium post on July 21.
Trump is scheduled to deliver remarks before the joint session of the Virginia legislature on Tuesday after touring the historical Jamestown Settlement.
The Virginia Legislative Black Caucus also announced Monday that it has arranged alternative events to mark the 400th anniversary, including a historic commemoration of the first documented arrival of slaves to Virginia.

Write And Deliver A Great Eulogy

Online art lessons and classes in painting and drawing will helps you to draw and paint with the Paint Basket... Get everything yo[...]
Read More
⇛ view similar products
Online Art Lessons

Online art lessons and classes in painting and drawing will helps you to draw and paint with the Paint Basket... Get everything yo[...]
Read More
⇛ view similar products