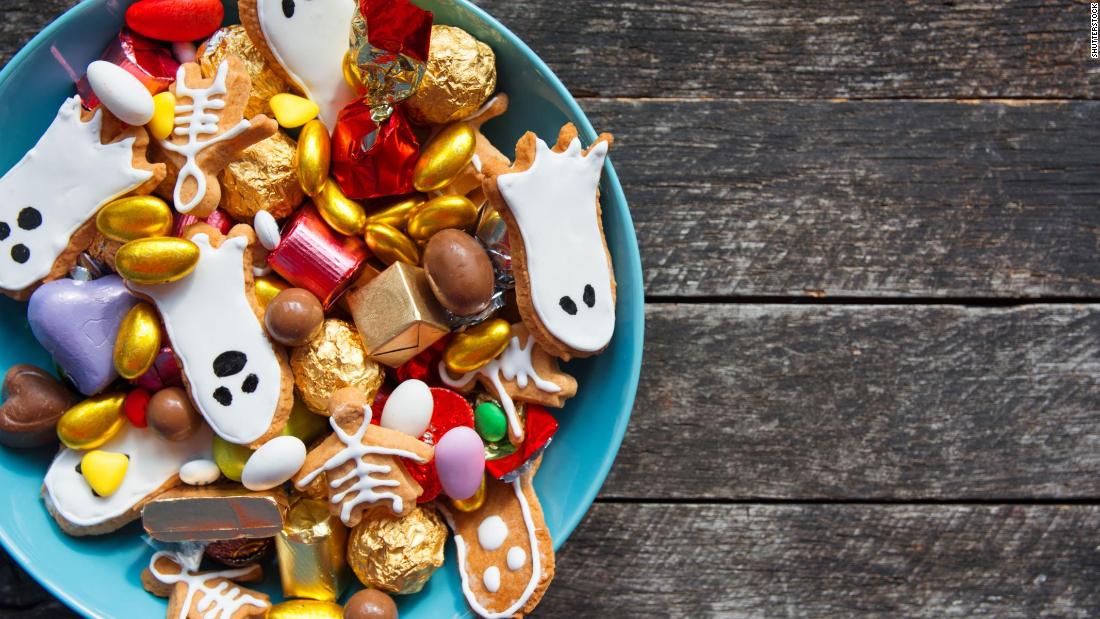 (CNN)Fear not, Halloween purists: Your beloved holiday will probably remain on October 31. But what’s better than one day of witches and vampires roaming the street? Two days of treats!

On Wednesday, the Halloween & Costume Association proposed a new holiday: National Trick or Treat Day. It would fall on the last Saturday of October and thereby extend the official Halloween celebration, rather than moving it.
Amending its initial change.org petition that garnered more than 100,000 signatures, the trade group said the new holiday will “enhance the Halloween that we all know and love” and unite the country in the process.
The association will partner with Party City to launch #ALLoween, a campaign to promote the new holiday that — fittingly — hits stores on Friday, September 13, according to the petition.
The association’s campaign to shift Halloween to a Saturday began in 2018. Organizers claimed that the change would make the holiday “safer, longer and stress-free.”
After a year languishing on the petition website, it began picking up steam this month.
The group didn’t specifically outline just how a Saturday spookfest would make for a better Halloween, but in theory, the festivities could start earlier and end before the sun sets, working parents could accompany their trick-or-treaters, and school-age kids wouldn’t miss their bedtimes.
And as any child (or former child) can attest, there’s nothing spookier than staying up late on a school night.
There’s a financial aspect, too: Halloween spending hit $9 billion in 2018, according to the National Retail Federation. Double the celebration might bring double the reason to stock up on fake cobwebs and fun-sized candy.

Is another holiday even needed?

It’s not uncommon for schools and neighborhoods to celebrate Halloween throughout the month of October.
Family-friendly parades and weekend block parties make it possible for parents to watch kids closely or enjoy their own Halloween fun. And for kids, extra celebrations bring more opportunities to dress up, gorge on candy, carve pumpkins and bob for apples.
Halloween has long terrified parents and consumer safety advocates for different reasons: People flooding the streets at night raises the risk of pedestrian deaths.
Culturally insensitive or even downright racist costume choices appear every year despite repeated backlash. Oh, and it might be the only day when children are encouraged to take candy from strangers.

This Unique Tool Is Created For The Sole Purpose Of Getting Your Links Indexed By Google A Lot Faster. This Is Fully Automated, So[...]
Read More
⇛ view similar products
Get More Link For Websites

This Unique Tool Is Created For The Sole Purpose Of Getting Your Links Indexed By Google A Lot Faster. This Is Fully Automated, So[...]
Read More
⇛ view similar products
Juice and Smoothie Recipes

Sue the Airline Plan your travel to get compensation from airlines - You might as well make money while traveling [...]
Read More
⇛ view similar products
Sue the Airline

Sue the Airline Plan your travel to get compensation from airlines - You might as well make money while traveling [...]
Read More
⇛ view similar products