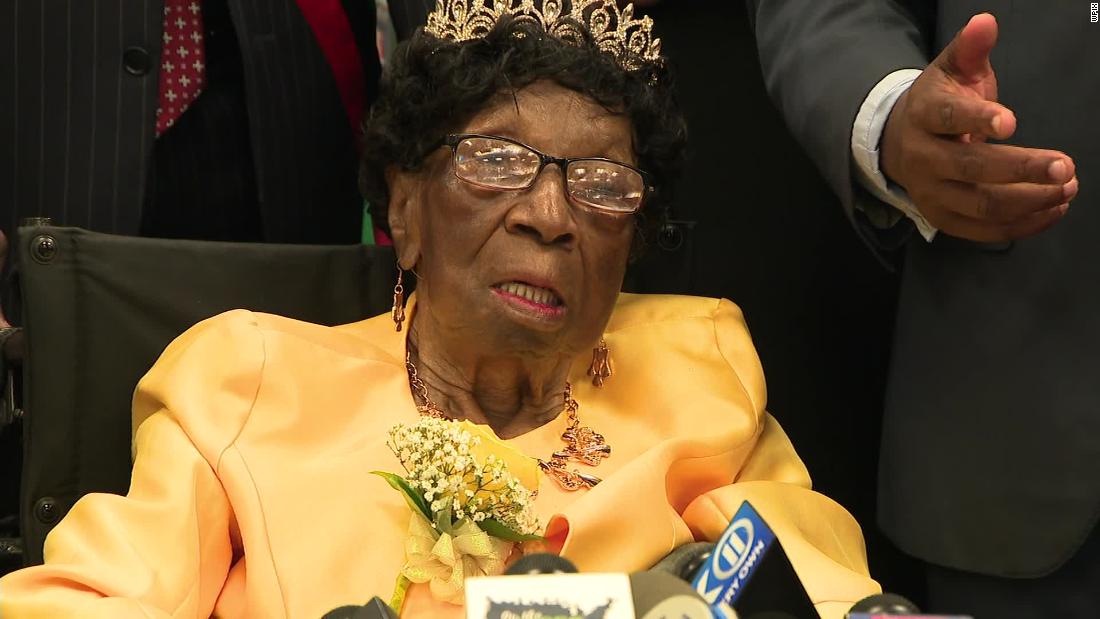 (CNN)Alelia Murphy, a 114-year-old former seamstress who’d been recognized as the oldest living American, has died. 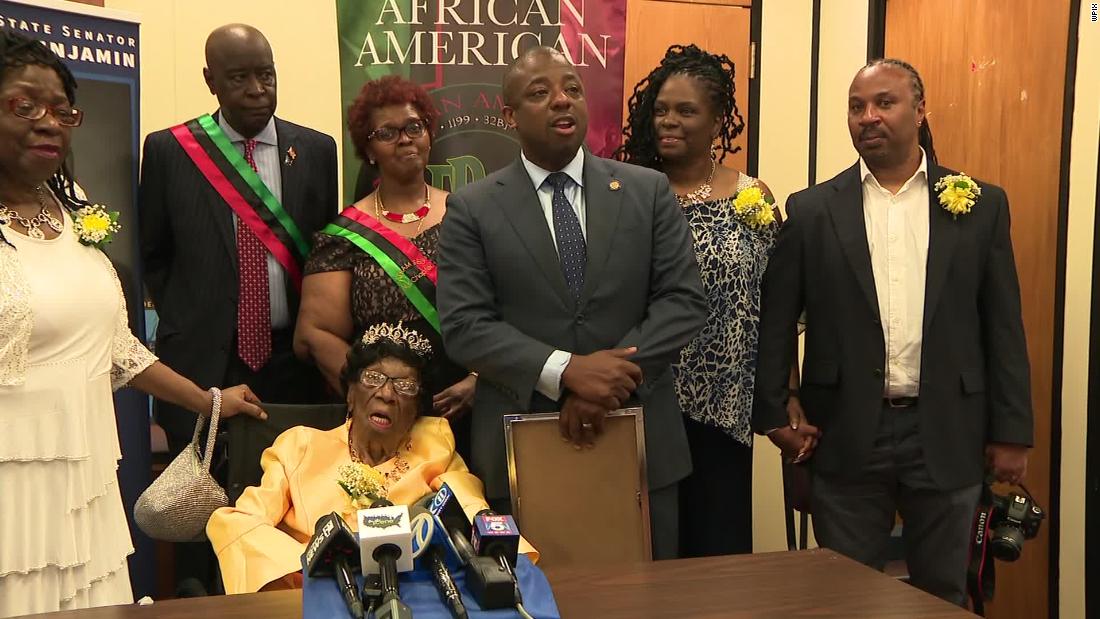 “It is with great sadness that we share news of the passing of Mrs. Alelia Murphy,” the health care workers’ union 1199SEIU, of which Murphy’s daughter was a member, said Wednesday in a statement.
“Mrs. Murphy was the oldest living American, having celebrated her 114th birthday in July, surrounded by her family, friends, community leaders, and members of our AFRAM Caucus.”
The cause of Murphy’s death was not immediately available.
Murphy was 114 years, 140 days when she died, the Gerontology Research Group verified. With her passing, the group lists Hester Ford of North Carolina, who also was born in 1905, as the oldest living American. The world’s oldest person is Kane Tanaka of Japan at 116 years old, it says.

What she credited for her longevity

Murphy’s 114th birthday on July 6 was cause for community celebration. Officials in the Harlem section of New York City, where Murphy had lived since 1926, declared it “Alelia Murphy Appreciation Day.”
New York state Sen. Brian Benjamin called Murphy a “Harlem landmark” and thanked her for her contributions to the community.
Born in North Carolina, Murphy moved to Manhattan at the peak of the Harlem Renaissance. Her involvement with community organizations and her church over the years made her a local icon.
She was widowed in 1953 and supported her two children as a seamstress for most of her life.
“She is the glue that holds this family together,” Nekhet told CNN affiliate WPIX at the time.
Murphy didn’t speak at the birthday event, but her family said she credited her longevity to God and “being a good person.”