Sen. Kamala Harris (D-CA), who has sought to target President Trump more directly in her 2020 presidential campaign, said the Department of Justice in her administration would prosecute him even after leaving office.

Asked by NPR News Scott Detrow if she would want her DOJ to go forward with obstruction of justice charges if Trump were never impeached, Harris said, I believe that they would have no choice, and that they should.

Yes. There has to be accountability, she continued. I mean, look, people might, you know, question why I became a prosecutor. Well, Ill tell you one of the reasons. I believe there should be accountability. Everyone should be held accountable. And the president is not above the law.

Harris, who supports beginning impeachment proceedings, said the only thing preventing Trump from such a scenario now is a DOJ memo holding Special Counsel Robert Mueller back from indicting a sitting president.

The facts and the evidence will take the process where it leads, she said. But I have read the Mueller Report. I do believe that we should believe Bob Mueller when he tells us essentially that the only reason an indictment was not returned is because of a memo in the Department of Justice that suggests you cannot indict a sitting president. But I've seen prosecution of cases on much less evidence.

As part of her speech at Sundays Iowa Democratic Party Hall of Fame dinner, Harris leaned further into her prosecutorial record, promising to prosecute the case against Trump as a metaphor for her campaign against him. On Saturday, she explicitly defended her record in a speech at the South Carolina NAACP Freedom Fund Celebration.

It matters who is in those rooms, she said in part. I demanded we reject the false choice that said youre either tough on crime or soft on crime. Instead, I said we must be smart on crime.

Other 2020 candidates who have endorsed impeaching President Trump have taken a slightly different approach. Sen. Elizabeth Warren (D-MA), who called for impeachment before most of the rest of the field, released a plan in late May that included a promise to appoint an assistant attorney general in charge of the Office of Legal Counsel who would reverse the OLC opinion arguing that sitting presidents cant be indicted.

How To Kill The Crowd With Your Best Man or Wedding Speech Even If You've Never Spoke In Public, Aren't a Funny Person, or Have No[...]
Read More
⇛ view similar products
Five Minute Profit Sites 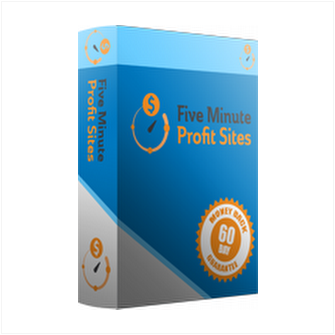 This underground team of profiteers have developed a Software which can build a done-for-you Website in under 5 Minutes.[...]
Read More
⇛ view similar products
Five Minute Profit Sites

This underground team of profiteers have developed a Software which can build a done-for-you Website in under 5 Minutes.[...]
Read More
⇛ view similar products
How To Stop Procrastinating

Procrastinating is a crippling habit that holds you back from reaching your true potential. This eBook was written by a team of ex[...]
Read More
⇛ view similar products
Crna School Admissions

Crna School Admissions: The Cold Hard Facts Was Developed Using A Timeline Approach For The Applicant To Use Throughout The Applic[...]
Read More
⇛ view similar products