Last weeks six-day celebration of womens sports in Albany was beset by problems, but founder Jerry Solomon is confident the concept is sound 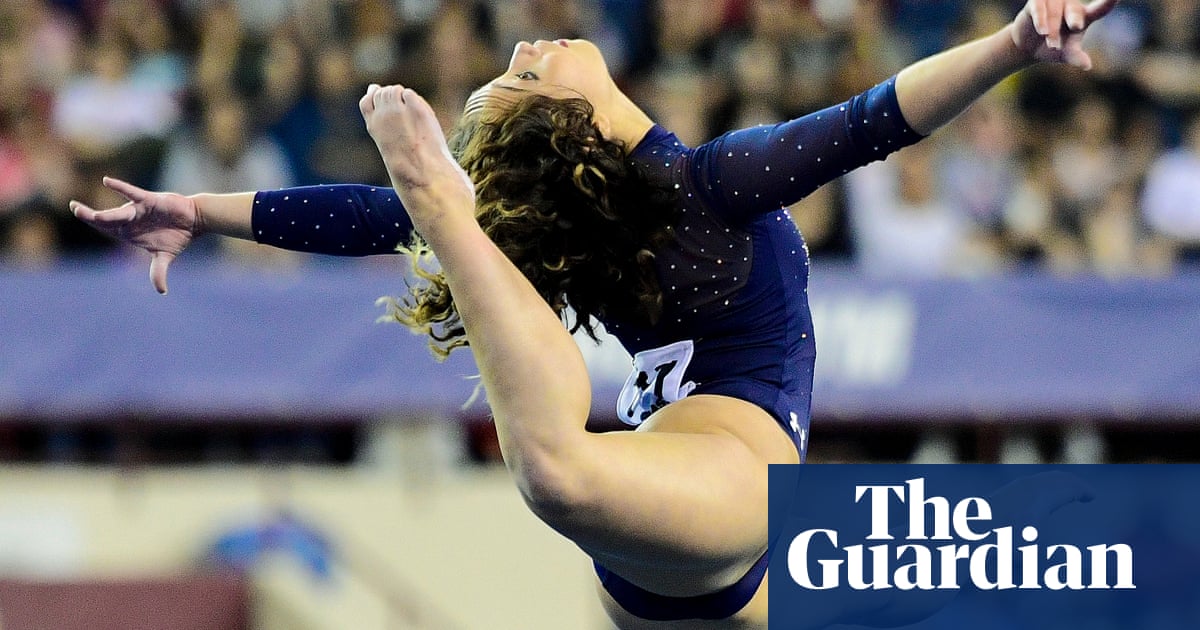 The mission of the Games, founded by longtime sports executive Jerry Solomon, was to create a platform to celebrate and elevate women athletes. The Aurora Games will be held every two years and has already committed to return to Albany for 2021 and 2023.

At a time when women in sports are fighting for equitable pay on the soccer pitch, an end to sexual assault in gymnastics and more professional leagues in ice hockey, the Aurora Games set out to establish a new bar for the production of womens sports. Whether it succeeded is an open question.

The most urgent topics in womens sports today have been pay equity, creating a professional environment and visibility. It would be difficult for the Aurora Games to successfully be a progressive womens sporting event without the participating athletes being compensated appropriately.

They worked for four to five days and they got compensated handsomely. All their expenses are paid, all the bills are paid we felt that it was a good number. We felt like it was more than theyre getting paid for a month of the season, for a weekend.

Many of the players participating in the Aurora Games played in the now defunct Canadian Womens Hockey League or the National Womens Hockey League. In the 2018-19 season, womens pro hockey salaries in North America ranged from $2,000 to $10,000 dollars for a seven-month season.

Murphy noted she was asked to keep her equipment budget under $10,000, but did not know exactly how much was spent on the ice hockey events. Requests made for the details of the athlete contracts, including compensation, were not offered at the time of publication.

My first metric is the athletes. If the athletes say to me, Hey, thanks for doing this, but this is a stupid idea. No ones ever gonna play this again. Thats not a good metric. The feedback from the athletes so far has been exactly the opposite. That theyve been really appreciative theyve been talking about how great of an idea it is, how important it is how, how happy they are, to be part of it to be part of the first one that is really meaningful.

Athletes have expressed the same sentiment.

Its been amazing and everything around it has been good, said Swedish ice hockey player Rebecca Stenberg said. Its the first of its kind, so [well] see how it goes. I hope theres gonna be a lot more of these events and I hope that people see womens sports in another perspective.

American figure skater Mirai Nagasu added, Growing up, I was told I cant do that because Im a girl. I should stick to Barbies and dolls and thats not always the case. I preferred bugs and throwing myself and taking really hard falls. Skating is a little like parkour with a lot more glitter we put sunglasses on how hard we work. We make it look easy, thats our job. But its really cool to be a part of something focused on women and females.

However, there have been a few things that were not in line with creating the best athlete experience. For starters, the equipment for the first several events, most notably gymnastics and basketball, were damp from the condensation the arena ice created.

During Thursdays basketball shootaround and evening event, towels were placed near the benches and camera crew areas so no water made its way onto the court. During the ice hockey open clinic, a participating athlete noted there was a lot of work needed to get the ice to decent condition. The athlete also expressed concerns for the ice along the boards.

There were also reports that the beach volleyball participants were not scheduled to have practice time until the day of their event, which had an 11am start time. Reports indicated the players were not originally offered an alternative practice area but that one was secured Saturday.

Some of these issues were likely due to all six events happening at the same arena in six consecutive days. Albany has already been secured for the 2021 and 2023 Aurora Games. However, Solomon may rethink having all the events in the same arena.

We probably need to be outside of one building, Solomon said ahead of Thursdays basketball event. Albany was not a first-choice destination, but was the best choice at the time. While the idea of having all the events in one building was tempting, it proved difficult.

Another lesson from the inaugural Aurora Games is that visibility for womens sports remains an issue. Part of that is drawing on a more global market, Solomon said Thursday. Even if the Aurora Games was able to offer competitive contracts, and could offer a better venue experience for next time, did they do enough to draw in media attention in the first year?

When you start to get into all this, you find out that the women get 4% of the coverage overall around the world in sports, as men. I actually dont even know how thats possible, Solomon told the Guardian.

To combat that, the Aurora Games partnered with ESPN in their first year. In May, the network announced it would air coverage from all six nights on ESPNU and ESPNews.

Print and online media covered the Games as well, but the press corps on hand for the events Thursday through Saturday was sparse. Some told the Guardian they felt the Aurora Games could have done a better job drumming up media attention.

The Aurora Games had consistent local coverage and national American outlets such as espnW and The Athletic covered Lindsay Whalen, the coach of the Team Americas basketball. CBC and the Wall Street Journal, and The Telegraph also covered the sports festival. The latter two questioned whether the Games would be successful in drawing crowds.

On Sunday, the event announced they drew an overall attendance of 20,423 over six nights, or an average crowd of approximately 3,400 for each session. The Times Union Center has a maximum capacity of 17,500 with the lower bowl seating 6,000 fans, according to the Wall Street Journal.

The biggest crowd of the week was for womens gymnastics, as 4,210 watched American gymnast and viral sensation Katelyn Ohashi scored a perfect 10 on the floor exercise to help Team Americas to the victory.

I feel great. I think that its a start. Theres a lot of mens teams that would like 2,000 people at their events that are just starting I think generating the buzz and excitement, it was very well done, she said.

Solomon added: Success, or lack of success, for the Aurora Games can be measured in a lot of different ways, and by different people in different ways Here tonight, youll see a basketball game. The one thing we know, theyre great athletes, theyre going to put on the best show that they can. And, you know, if you like basketball, you probably gonna have a good time tonight. But theres not gonna be a lot of people in the stands. And so, you know, the critic will say, See, theres no market for this.

Solomon was right: it wasnt a great crowd. There were just over 2,500 fans on hand to watch Team World edge out Team Americas, 85-77. However, that will not convince him the event wasnt a success.

I went to the first Super Bowl. It wasnt sold out. The tickets were cheap. And if somebody had said, well, 50 years from now, the Super Bowl is going to be the biggest thing on the planet. It would have sounded stupid.

The Aurora Games are named after the Roman goddess of the dawn. And Rome wasnt built in a day. And so I think there are a lot of people who are very, very excited about what were doing. And I think that well sort of see how it all goes.

Drawing a conclusion as to whether the 2019 Aurora Games was successful is complicated. Criticism of the attendance and venue challenges is fair. So too is Solomons lets wait and see approach.

Ultimately, the six-day festival held this year is a baseline. It is natural for media to question the success of an event by clear-cut metrics like attendance, ticket sales, viewership and profitability. As of now, we only have the attendance numbers.

It is worth noting that the 2019 Aurora Games sought to do something that has never been done and they were successful in that. One could measure the volume of attendance, sponsors or salaries for events in one of the six sports to gauge success. However, that is an apples to oranges comparison. Of course, the Olympics is the closest analogue to the Aurora Games, but with a 119-year head start. Not to mention, it includes men and women.

Solomon sees the Aurora Games as an idea whose time has arrived. Eighteen years ago, he was approached by a group wanted to start a linear 24-hour womens sports network. Solomon didnt believe 2001 was the right time, but the idea stuck with him. By 2016, she began to see an opportunity to host a womens sporting event like none other.

I really saw this as, this should be a platform for women athletes that shows what theyre all about, because theyre great. And theyre entertaining. And theyre personable, and they have stories, and their role models but they get lost in the comparison to the men and in the bigness of the men, he said.

The bigness Solomon is referring to all revolves around money. The average baseball team, a sport many believe to be struggling to keep fans, is estimated to be worth $1.78bn. Alternatively, an owner could buy a womens professional softball team for $250,000 and operate a franchise for roughly $1m, according to sports economist David Berri.

As of yet, we dont know if the Aurora Games made a profit or operated at a loss. It is also unclear if Solomon has fully detailed how to measure success of the first-of-its-kind event.

However, the baseline has been set. The Games recruited over 150 athletes, secured over 20 sponsors, and drew an overall crowd of 20,000 fans. With 2019 as a guidepost and with the city of Albany already committed for two more games, Solomon and his team must move the needle.