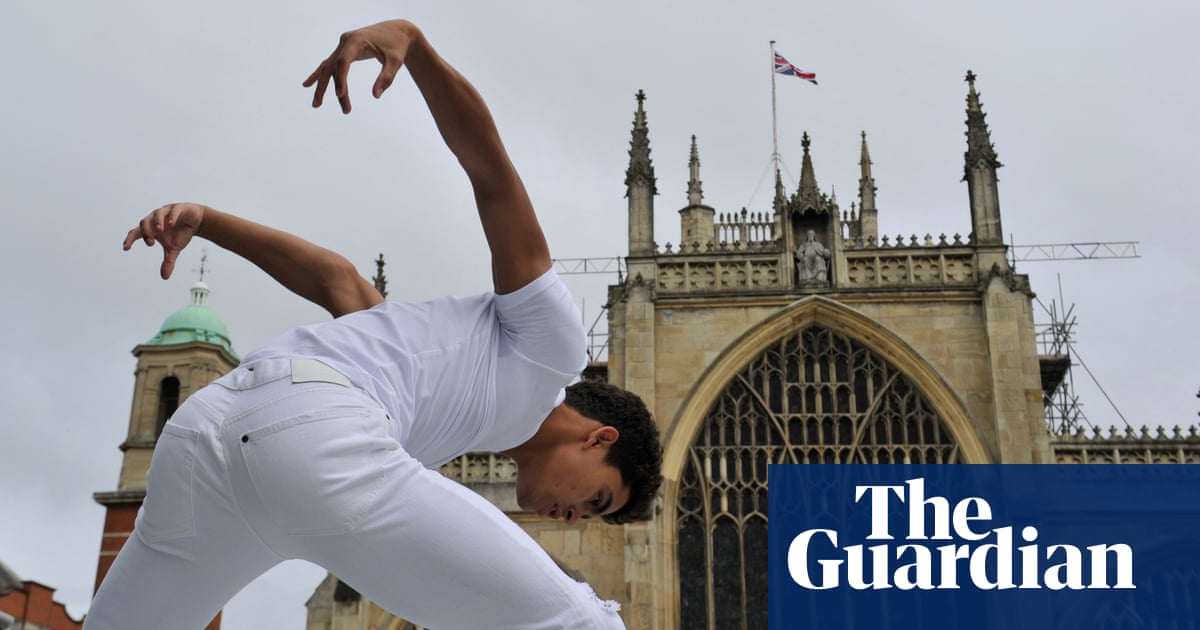 It has been mocked and pilloried as a festival of Brexit, but the newly appointed boss of the 120m nationwide celebration planned for 2022 has said he is going to embrace the cynics and prove them wrong.

In his first interview as the director of Festival 2022, Martin Green said the aims would be to bring the nation together, showcase British creativity, and on a basic level bring some joy, hope and happiness.

The idea of a post-Brexit festival of Britain was announced by Theresa May in May 2018 and given the go-ahead by Boris Johnson last year.

Green, formerly in charge of the Olympic ceremonies and Hulls year as UK City of Culture, was announced as festival leader over Christmas, and while he is a long way from announcing what might be commissioned, he has a clear idea of its broad aims and of what it wont be.

There is obviously a big narrative going on around healing and coming together, he said. There is no doubt that money has been made available because this country is exiting the European Union, there is no getting away from that.

There is also no doubt that we have been through a particularly divisive time in the discourse of our daily lives, and as we go forward, lets see how the great creativity and ingenuity of the UK can help refind that common ground.

On a very basic level, we are probably due a bit of joy and hope and happiness, and art is really good at that.

When May announced the idea, it was mocked on social media, and festival of Brexit is not a characterisation Green has much truck with. Its a nice line and it makes you look, but Id argue if you dig down what on earth would that be about?

It is absolutely expected that there is a degree of cynicism at the start of every major project Im lucky in that Ive got form in this.

He said there was cynicism from day one of the Olympic preparations and in Hull. What you do is you embrace it. You dont have an attitude to it, because it is a completely natural response. But people come round when they start seeing things for themselves.

I fully expect the same kind of journey. The responsibility is on me and my team and the people we work with across the UK to deliver something worthy of peoples engagement.

Green said he hoped that his track record would dispel fears that it will be a cringe-inducing festival of patriotism. It will also be organised at arms length from the government. We are in charge of the curation of the festival. We will sign off the decisions, working with the devolved nations.

What precise shape the festival will take remains to be seen. May was inspired by the 1951 Festival of Britain, but that was arguably a more graspable idea in that it had a centrepiece location on the South Bank in London.

Festival 2022 will not. If youre trying to do creative projects which reach and engage as many people as possible, probably what this is never going to be is an event, in a place on a day, said Green.

You have to start thinking about other places where creativity exists. Instantly you think digitally, but its not just that. Its durational things, its things that travel, its things of scale, its about going where people are.

Ive no answers at the moment, but certainly the form of it is one that brings a smile to my face because it is a challenge. Of course, Im not the one who is going to answer the question the great creatives of this country will.

As an illustration, however, Green cites Steve McQueens Year 3 project with Tate as something that captured the public imagination and reached a huge number of people.

He expects to announce a programme by the end of 2021 and anticipates that it will involve a small amount of very large acts There will still be tons going on, but when there is special money on the table, you do want to do things which are not normal business.

The festival will take place in a busy year for Britain. It will be the Queens platinum (70th) jubilee and the BBCs centenary, and the Edinburgh international festival will be 75. There will also be the Commonwealth Games in Birmingham, for which Green is chief creative officer.

He predicts that the energy of all the events will feed into each other. If the BBC and the jubilee do look back, it will allow his festival to fervently look forward I dont think it should be a festival of nostalgia.

Green has had discussions with the culture secretary, Nicky Morgan, and expects to visit No 10 soon. A big challenge will be winning over scepticism in Scotland, Northern Ireland and Wales.

There remains some wariness about the idea of a festival, but Green believes the motivation for it comes from a genuine place, and 120m of Treasury money is not an insignificant amount of money.