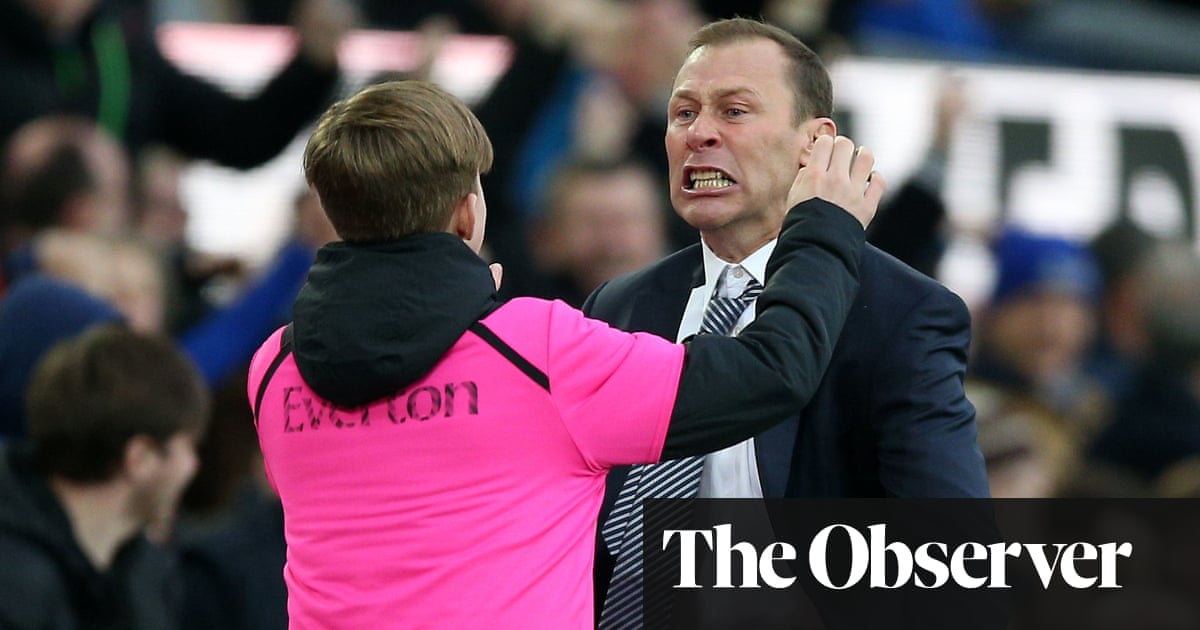 Unable to sleep after taking the reins from Marco Silva, Duncan Ferguson lay in his bath at 2.30am on Friday and dreamed of the perfect day. It looked like this. There was a towering header to start the show, two more goals from a marauding Everton No 9 and a fist-pump celebration in front of the Gwladys Street End after leading his beloved club out of the relegation zone. The Scot has some scriptwriter.

Chelsea were beaten by emotion, fight and character on Fergusons big day. Frank Lampards team played well but defended poorly. They were also up against a formidable obstacle in the form of an Everton team that, to a man, gave everything for the nervous mountain of energy standing in the technical area. Well, not standing exactly. Evertons temporary manager played every ball, raced down the touchline when the goals went in and hugged ball boys as he whipped Goodison Park into the frenzied bearpit that makes this place so special. It was a throwback game and all the better for it.

Id have hugged the linesman, too, if he was there, said a relieved and delighted Ferguson. It is just emotion, just such adrenaline. When you see the kids faces, I think one of them was in tears and I was in tears to be honest. It was one game and no one can ever take it away from me, can they? But the players were unbelievable and it is their day.

Niko Kovac was in the crowd – part of a fact-finding exercise on English football, according to his agent – and, if Everton wanted to sell themselves to the former Bayern Munich manager, they could not have delivered a better presentation. Only five minutes had gone when Richarlison gave the home side the lead and the belief they desperately needed after three consecutive defeats. The first goal of the former Everton centre-forwards temporary reign just had to be a header.

Richarlison started like a man possessed, not one dwelling on the departure of the manager who signed him twice and helped make him a Brazil international. He released Djibril Sidib down the right and set off into the heart of the Chelsea penalty area in anticipation of a cross. The France international delivered to perfection and Richarlison rose above the Chelsea defence to score with a powerful header. Ferguson sprinted halfway down the touchline in celebration, returning to his technical area with several fist-pumps to the crowd and the directors box.

There was nothing pretty about the home sides display their 37 tackles were the most made by an Everton team in a Premier League game this decade but players such as the maligned Morgan Schneiderlin, Theo Walcott and Gylfi Sigurdsson were relentless, their commitment to the cause faultless. Lampard lamented his sides failure to match the hosts physically.

Miracle Mastery teaches you exactly how to develop and manipulate your energies and how to apply them so that you can experience t[...]
Read More
⇛ view similar products
How To Play Bowling

This downloadable guide will give you the secrets that pro bowlers dont talk about the secrets that let them beat out the competi[...]
Read More
⇛ view similar products
Virtual 3D cover and mockup creator