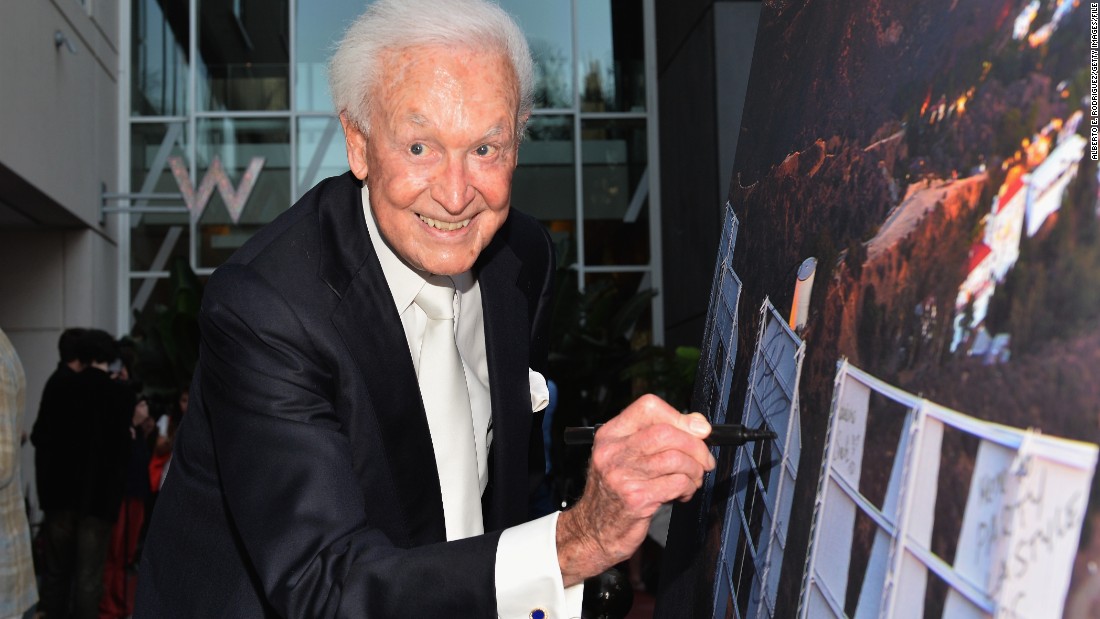 (CNN)Here is a look at the life of Bob Barker, former host of the “Price is Right.”

Ended each episode of the “The Price is Right” with the line, “Help control the pet population. Have your pets spayed or neutered.”
Winner of 19 Daytime Emmy Awards. Also received an Emmy Award for Lifetime Achievement in 1999.
Barker contributed $5 million to the Sea Shepherd Conservation Society, a marine wildlife and environmental protection group, to help end international whaling. The society named a ship in their fleet the “Bob Barker.”
Has donated $3.1 million to his alma mater Drury University.

1950-1956 – Host of radio program “The Bob Barker Show.”
1956-1975 – Host of game show “Truth or Consequences” on NBC.
1966-1987 – Host of the “Miss Universe” and “Miss USA Beauty Pageants.” Resigns after pageant officials refuse to stop giving fur coats as awards.
1969-1988 – Emcees the New Year’s Day “Tournament of Roses Parade.”
September 4, 1972 – Premiere of “The Price Is Right” on CBS with Barker as host.
1972-2007 – Host of “The Price Is Right.”
1994 – Dian Parkinson, a former model on “The Price is Right,” sues Barker for sexual harassment. Barker admits to an affair with Parkinson, but says it was consensual. The lawsuit is dropped in 1995.
1995 – Founds the DJ&T Foundation to help fund low-cost pet neutering. The foundation is named after his wife, Dorothy Jo and his mother, nicknamed Tilly.
1996 – Wins an MTV Movie Award for “best fight scene” for his cameo appearance and brawl with Adam Sandler in “Happy Gilmore.”
March 11, 1998 – “Stage 33” at CBS Television City in Los Angeles is renamed “Bob Barker Studio” after the 5,000th episode of “The Price Is Right.”
1999 – Wins an Emmy Award for Lifetime Achievement.
2002 – Suffers a stroke and undergoes prostate surgery.
April 26, 2002 – Breaks Johnny Carson’s record for continuous performances on the same network television show, with 29 years, seven months and 22 days.
June 26, 2004 – Is inducted into the Television Academy Hall of Fame.
October 31, 2006 – Announces his upcoming retirement for June 2007.
March 20, 2007 – The LA Society for the Prevention of Cruelty to Animals honors Barker with their President’s Award.
May 17, 2007 – “Bob Barker: A Celebration of 50 Years on Television,” a tribute to his 50-year career, 35 of which were on “The Price Is Right,” airs on CBS.
June 15, 2007 – Barker’s last episode as host of “The Price is Right” airs.
November 14, 2007 – Is inducted into the National Association of Broadcasters Hall of Fame.
April 6, 2009 – Hachette/Center Street publishes Barker’s first memoir “Priceless Memories.”
March 10, 2010 – A ribbon cutting ceremony is held in Los Angeles for the opening of a new office for People for the Ethical Treatment of Animals (PETA). The building is named for Barker, who donated $2.5 million to PETA to purchase and renovate the property.
November 2, 2011 – Barker urges the passage of the Traveling Exotic Animal Protection Act. He states that traveling circuses rely on animals that are trained to do tricks and this is accomplished with acts of cruelty.
December 12, 2013 – Returns to “The Price is Right” to celebrate his 90th birthday.
October 20, 2015 – Is hospitalized after tripping and hitting his head on a sidewalk.

Get 250+ Daily Website Visitors On Complete Autopilot in ANY Niche with 100% Real FREE Traffic
Henna - The Beautiful Art Of Making Money
Lift Weights Faster
Make Money From Youtube Without Creating Your Own Videos!
Vibrational Manifestation - Send Email For This = Make Money