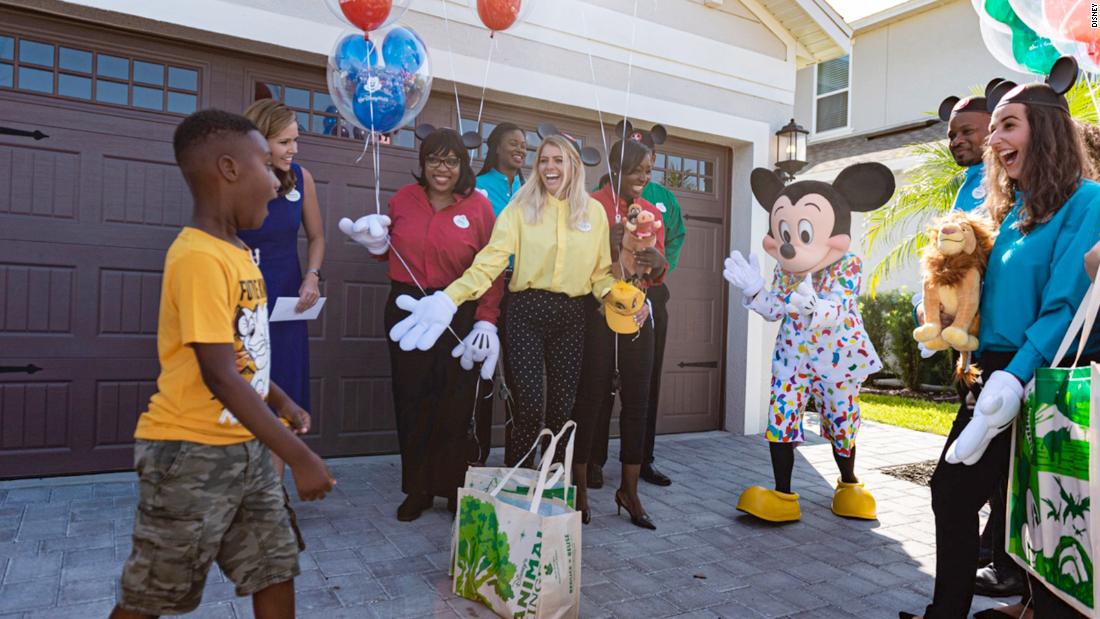 (CNN)You know what gets a bad rap? Pumpkin spice. That’s probably because it’s infiltrated EVERYTHING. Pumpkin spice hummus, pumpkin spice gum I even saw an ad on Facebook for pumpkin spice cleaning products! Maybe you think that’s going too far, but you know what? I say, let people enjoy things. If getting fall-flavored lattes in September when it’s still 95 degrees outside makes you happy, more power to you! If you want to lather your kitchen in pumpkin spice-scented disinfectant … er, that’s cool too. Just don’t blame your guests when they ask where the pie is. 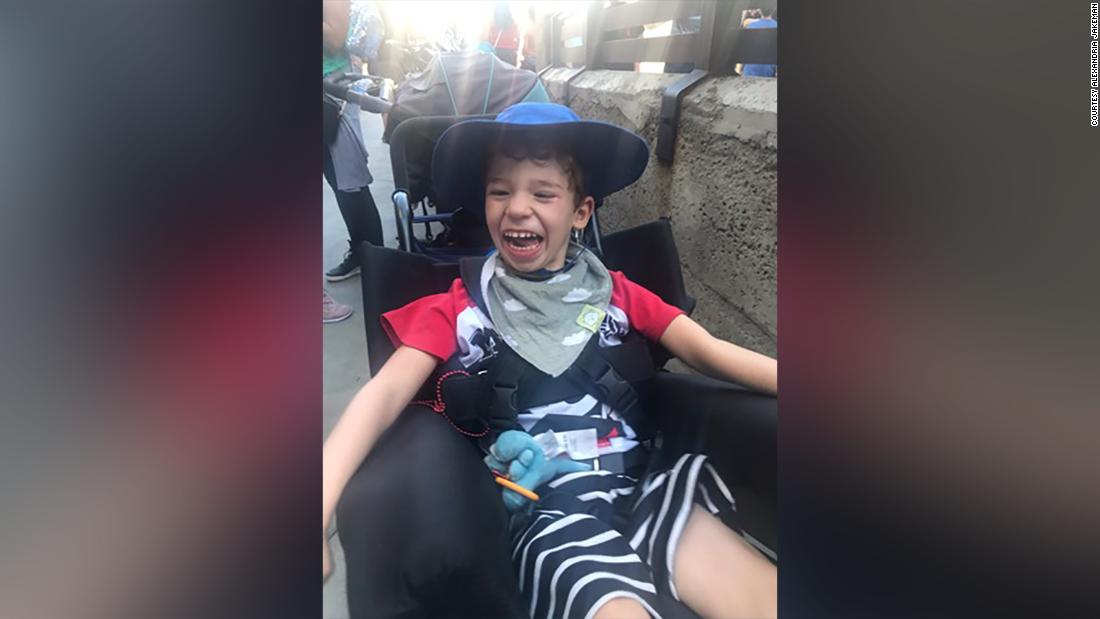 A wrong text at the right moment
When Abby Fink accidentally texted a stranger instead of her church friend whose son was gravely ill, she put in motion an unexpected flow of kindness. She meant to text Alex Jakeman about bringing over dinner, since Jakeman’s son 4-year-old son Noah is currently battling a severe type of epilepsy and cerebral palsy at Phoenix Children’s Hospital in Phoenix, Arizona. However, she ended up reaching Bill Clayten, a complete stranger. At first, Clayten made a joke — wrong texts are usually pretty amusing, after all. But when Fink apologized and explained the situation, Clayten immediately asked what he could do. After some coordination, Clayten started raising money on Facebook and asking friends for cards for Noah and donations to help the family with medical expenses. Clayten says he just believes that “all we have is each other, so it’s our job to look out for each other.” Fink says she knows the Jakeman family appreciates the kind gesture, and little Noah is making baby steps in his recovery. “I told [Clayten] he was an angel sent to help this sweet family,” she said. 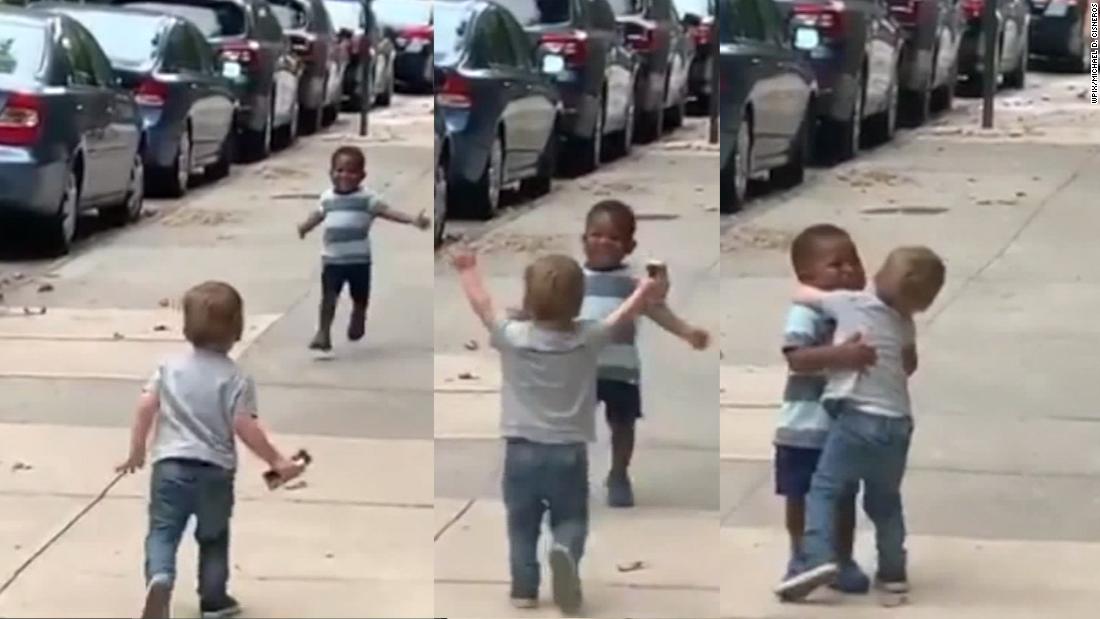 The story behind a beautiful moment
By now, you’ve probably seen this heart-exploding video of two little boys hugging each other and generally basking in the pure joy of friendship. (If you haven’t, oh boy are you are in for a treat.) Now, here’s the backstory: The video stars 26-month-old Maxwell and 27-month-old Finnegan, who have been friends for at least a year (which is a really long time when you’re a toddler). According to Maxwell’s dad Michael Cisneros, the pair really do love each other as much as it seems. They live in the same neighborhood and recently started taking the bus together. “They are just too cute together,” Cisneros says. And he totally understands that, for a lot of people, the moment means something a little bigger. “The reason that it’s getting attention [is] because it is with a little black boy and a little white boy … But if it can change someone’s mind, you know, or just change their view on things, then it’s totally worth it,” he said. 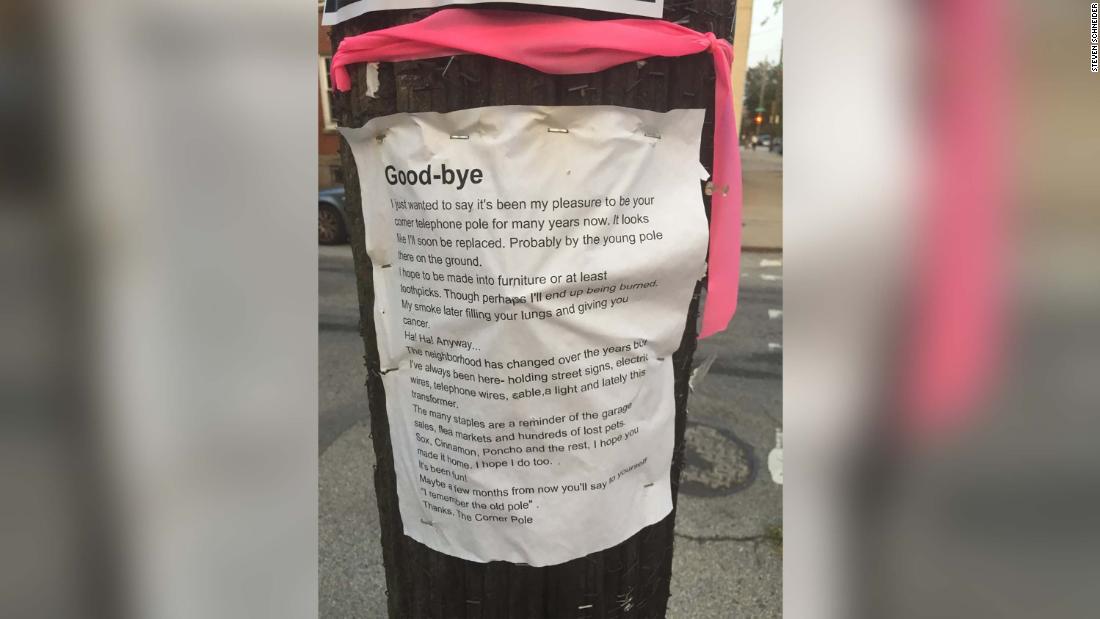 An emotional … telephone pole?
Here at The Good Stuff, we write a lot about wonderful children and brave animals and selfless heroes. But we have to say, this is our first feel good story about a utility pole. A pole at an intersection in Philadelphia’s Jefferson Square was recently selected to be retired and replaced. As its days as an upstanding (hehe) member of society came to a close, a thoughtful letter appeared, stapled to its splintery exterior like so many notices before. “Good-bye. I just wanted to say it’s been my pleasure to be your corner telephone pole for many years now,” the letter began, before paying homage to the neighborhood over which it had presided for decades. “The many staples are a reminder of the garage sales, flea markets and hundreds of lost pets,” it continued. “Sox, Cinnamon, Ponch and the rest, I hope you made it home. I hope I do too … Maybe a few months from now you’ll say to yourself, ‘I remember that old pole.'” How is this allowed? Why are we feeling so sad and wistful about an inanimate object? People around the community were touched by the letter, too. That new pole has some big shoes to fill.

Raise a glass to… 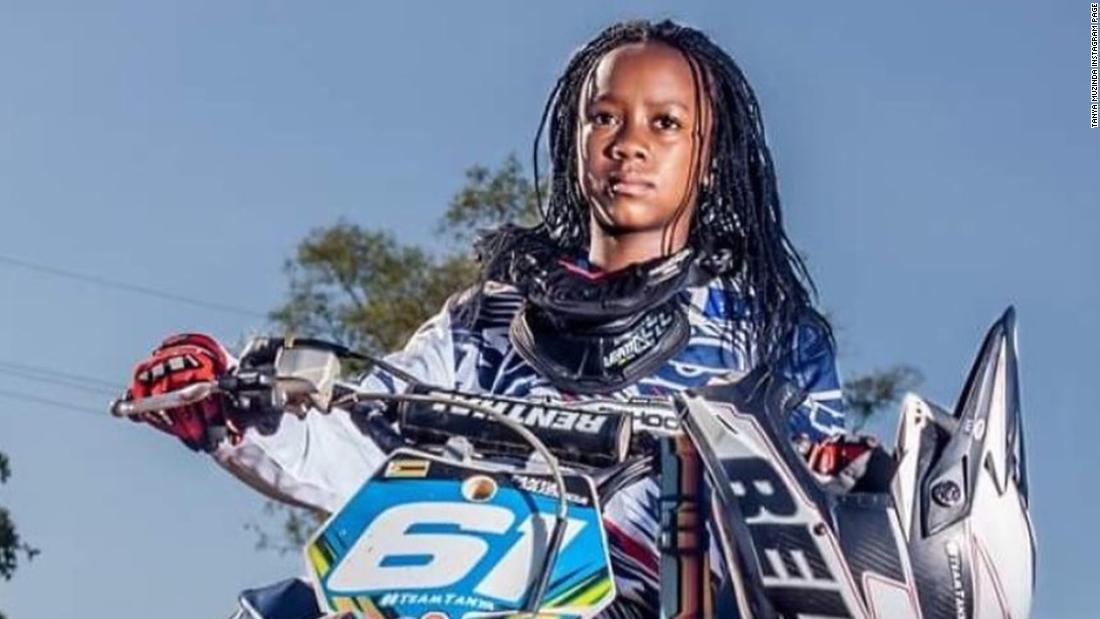 Tanyaradzwa ‘Tanya’ Muzinda, a 15-year-old from Zimbabwe who’s tearing up the Motocross world. In 2017, she became the first female rider to win a round at the HL Racing British Master Kids Championships in England and finished third overall. In 2018, Muzinda was named Junior Sportswoman of the year in South Africa. Now, she’s chasing victory in even more local and national tournaments, all while giving back to her community. Muzinda recently paid for tuition for 45 students to attend school in her hometown of Harare, Zimbabwe’s capital. Oh, and she hopes to pay for at least 500 more students by the end of 2020. “Impressive” is an understatement.

You gotta see this 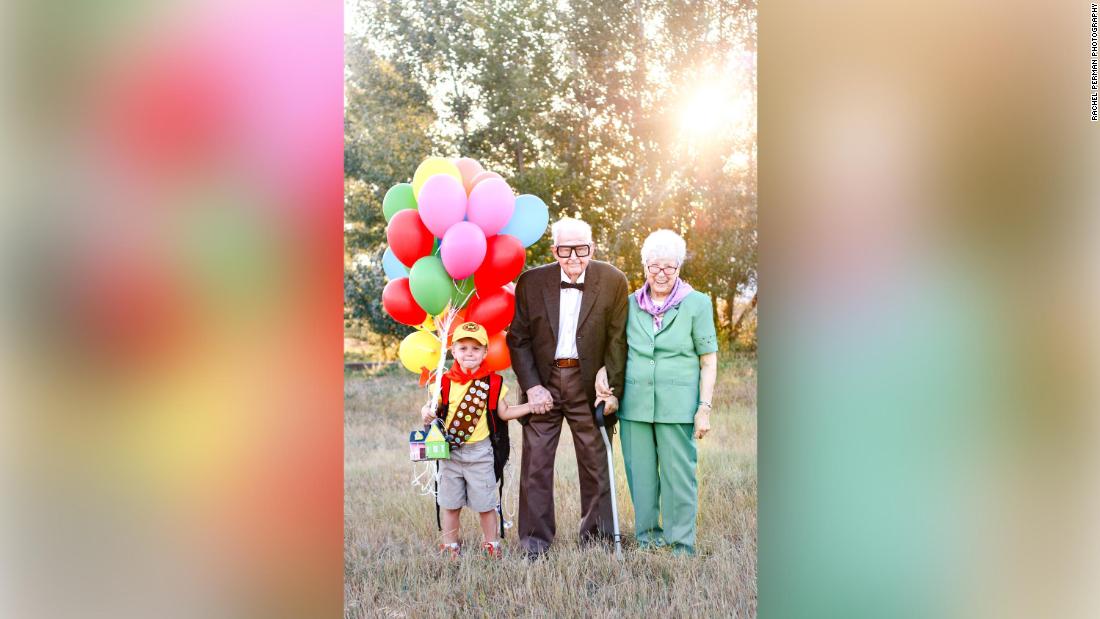 Pardon me as I SCREAM at how cute this little boy is with his great-grandparents! When Elijah and his twin sister Emilee turned five, their photographer mother Rachel Perman decided to treat them to photo shoots based around the things they loved most. Emilee picked unicorns, a solid choice. But Elijah is o-b-s-e-s-s-e-d with the movie “Up,” so he convinced his 90-year-old great-grandparents to dress up as characters from the movie with him. Needless to say, the results were legendary. Also, Perman is a cancer survivor, and she says the shoots were a celebration of her love for her children. So many great layers beneath the cuteness. 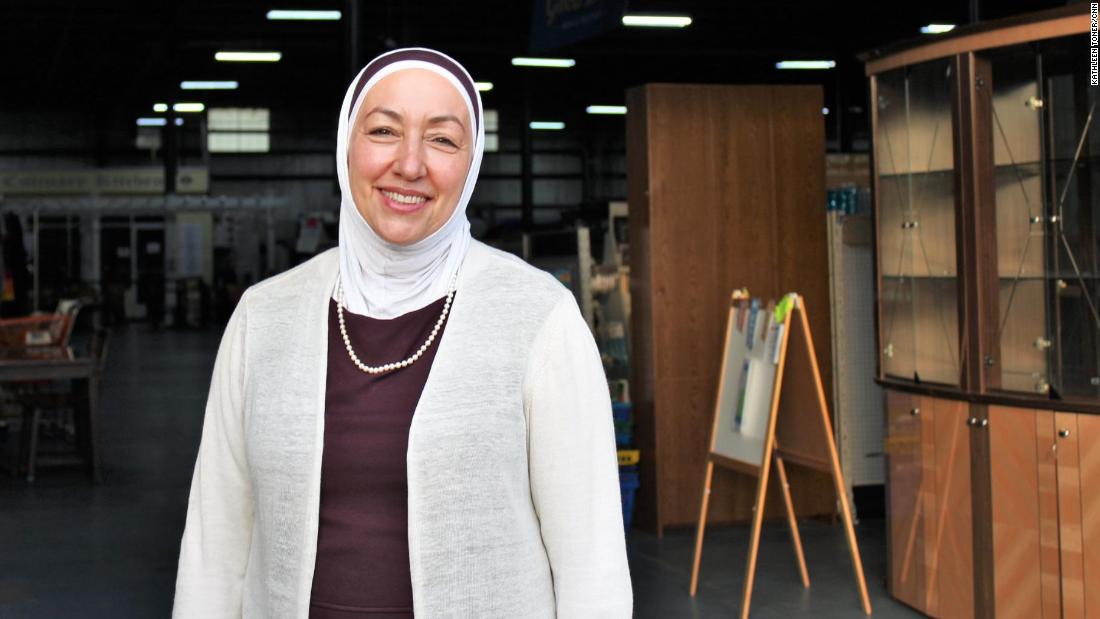 Meet CNN Hero Najah Bazzy, who runs a nonprofit called Zaman International that supports impoverished women and children of all backgrounds in the Detroit area. Her work has reached more than 250,000 people, but it all started with one family back in 1996. At the time, Bazzy was working as a nurse when she visited an Iraqi refugee family to help care for their dying infant. She knew it would be hard, but she wasn’t prepared for the level of poverty the family was enduring. That day, Bazzy and her family gathered all the furniture and household items that they could — including a crib — and delivered it to the struggling family. She hasn’t stopped since. Ultimately, Bazzy says she just wants to empower women to achieve their potential. “People just need an opportunity. And they need hope,” Bazzy said. “That’s what we do best.” 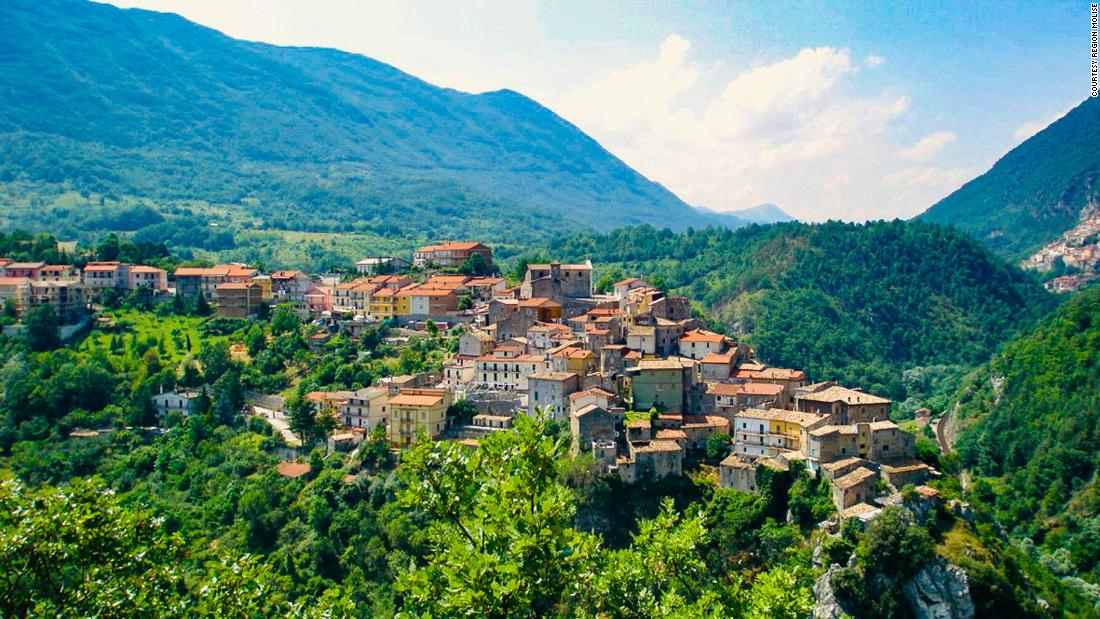 Looking for a change of scenery? Maybe you should set your sights on Molise, a wild and beautiful region of Italy just east of Rome. Area leaders recently announced they will pay people more than $27,000 to settle in one of 106 underpopulated villages in an effort to prevent the small communities from dying out. There’s one catch: You must pledge to start a small business to contribute to the local economy. Start a small business? In the gorgeous Italian countryside? While getting paid? Oh nooo, we could neeeeverrr! (Also, there’s definitely a romance novel waiting to be written about this. Just saying.) 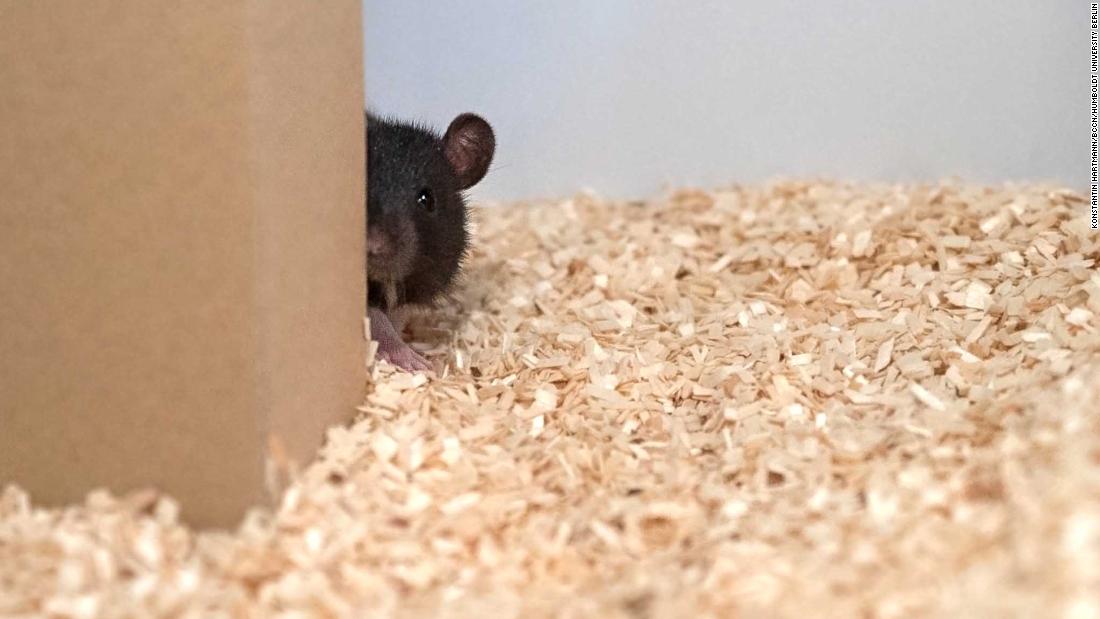 Rats get a bad rap. Yes, you don’t want them in your basement, but by all accounts they make loyal and charming pets and are rather smart by rodent standards. A new study has even better news for rat lovers: Apparently, rats can be taught to play hide and seek — and they squeal with joy when they win! Over a period of a few weeks, scientists found that the rats quickly learned how to hide and seek, and even started to develop tactics and strategies for the game. Instead of being given food, the rats were tickled as their reward for both hiding and finding the researchers. But, after being discovered, the rats would sometimes “re-hide,” even if it meant a delay in tickles. That’s proof, the researchers believe, that the rats were just playing for fun. My heart.

Tell us something good 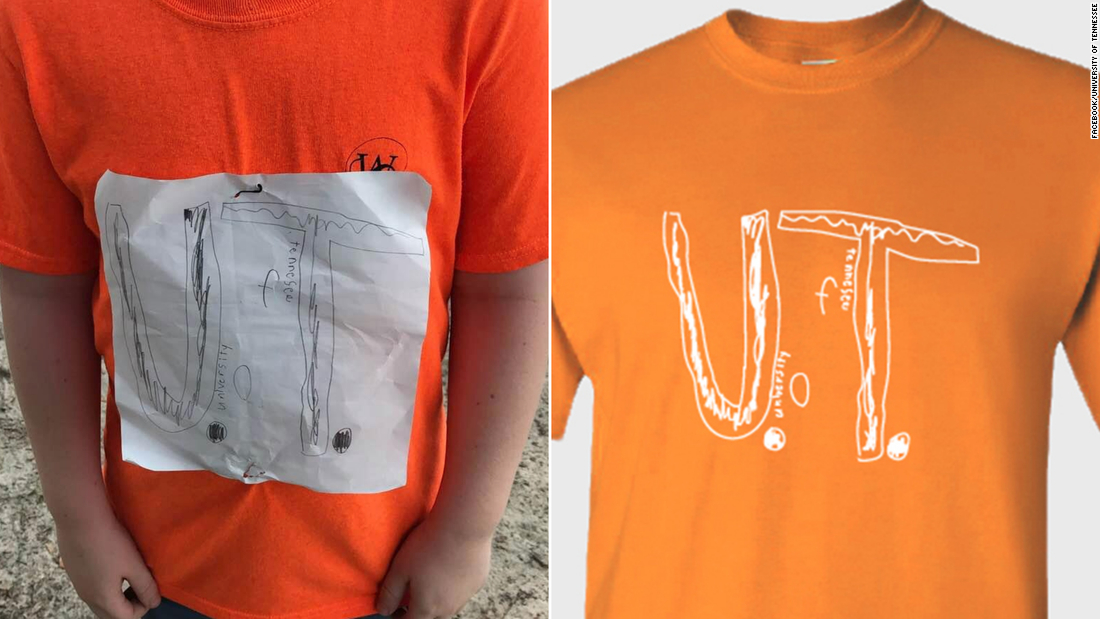 Altamonte Springs, Florida
This is a story that started last weekend but got a great update a few days ago. A young University of Tennessee fan was bullied last week because he wore a homemade shirt to his elementary school’s “College Colors Day.” His story, posted by a teacher online, resonated so much that the University of Tennessee made his design into an official shirt and, after consulting with the boy’s family, pledged to donate a portion of the proceeds to an anti-bullying charity. [Infomercial voice:] But wait, there’s more! This week, the University went above and beyond and offered the boy — who still hasn’t been identified for privacy reasons — a four-year-scholarship and entry into the class of 2032, grades and admission permitting. It certainly is great to be a Tennessee Vol! Though … maybe not on the actual football field right now. (As a Vols fan by marriage, I’m allowed to say that.)
Thank you to Val Willingham for suggesting this story. Yes, that’s my mom and she texted me in all caps several times this week to make sure I included it. Hi, mom. 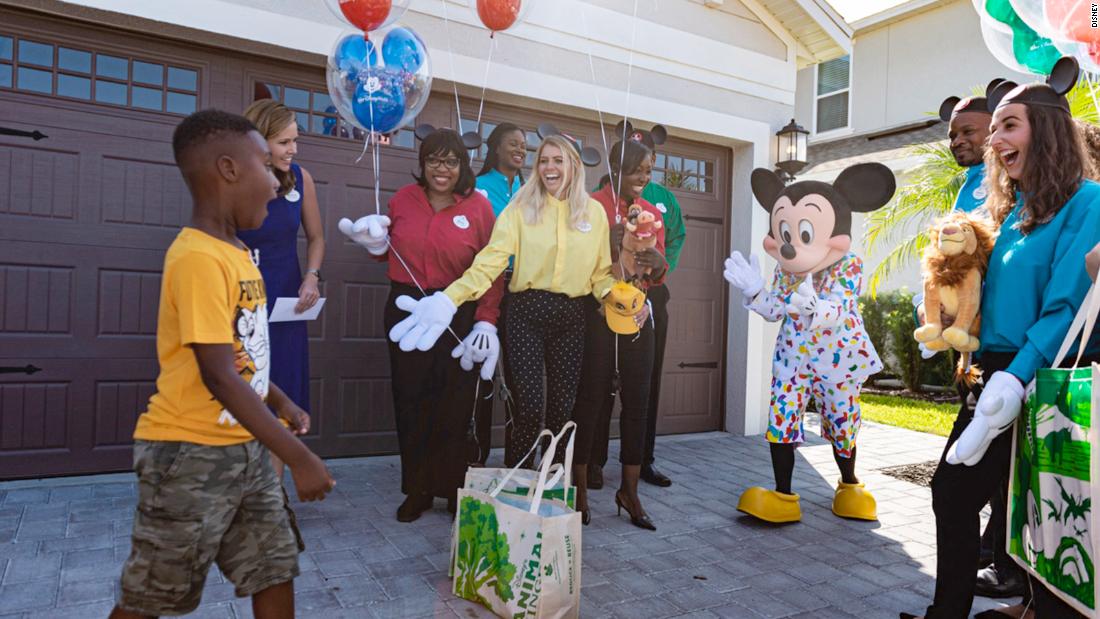 So many good updates this week! Last week we told you about a young boy who was saving up for a trip to Disney World, but decided to donate the money to Hurricane Dorian survivors instead. Surprise! You really think Disney would just stand by and let that happen?! The Big Mouse sent some Disney magic makers to surprise 6-year-old Jermaine Bell and his family with a trip to Disney World as a reward for his selflessness. The look on his face, y’all. It is so worth it. What has Jermaine learned from this exciting experience? “Be strong, and if you do good things, you will be rewarded,” he said. Hear, hear!

There’s always time for cute animal videos. That time is now.
This chunky puppy nugget is on a diet, and he is NOT happy about it. We’ve all been there, little one. Let it all out. (Click here to view.)