Visitor numbers have been in decline on the Mediterranean island of Malta, but the hope is that 2007 will see new life breathed into her hotel and holidays industry.

The Malta hotels and holiday industry are major players in the island’s economy, and with unemployment already high, a further drop in the number of visitors next year could have a negative impact not just in tourism but for Malta as a whole.

Throughout the year the monthly statistics for the number of tourists visiting Malta have made depressing reading for the Malta hotels, and the next twelve months will be pivotal as to whether the island can stay in the mainstream of holiday destinations, or be relegated to niche travel status.

The island was rife with rumours earlier in the year that a UK tour operator was going to withdraw the island from their 2007 brochures, and a survey in the island’s biggest market showed that Malta would be more expensive for British tourists than the Canary and Balearic Islands for equivalent holidays next year.

But more recent news has brought hope to the Malta holidays market that 2007 will see an arrest in the decline of visitor numbers seen this year, with MyTravel surprising the holidays in Malta market by announcing an increase in the number of winter visitors it will be taking from the UK to Malta.

But the most positive news has come from low cost carrier RyanAir, who have started flights to Malta from London and Dublin.

Between announcing the Dublin and London routes and the maiden flight to Malta, Ryanair sold 30,000 tickets. And the new competition has spurred Air Malta, the island’s national airline, to make offers of its own. A successful campaign saw two tickets a minute being sold recently.

‘This is all good news,’ say Malta hotels and holidays guide http://www.yourmalta.com, ‘Earlier in the year it looked like there was only one way that the visitor figures for Malta were going for the future, and that was in a continuing downward spiral.’

At one stage earlier in the year there were real doubts cast upon whether the Malta Government would approve the new low cost flights at all. Air Malta is a major employer and some in the tourist sector felt that too much of a protectionist attitude was being taken at the expense of a possible upswing in new visitors.

Speaking on a visit to Malta recently, Ryanair’s Chief Executive Michael O’Leary declared himself pleased with their new Luton route, and predicted that their Dublin route, due to start operating in February, would be even more successful. He believes that Ryanair could take some 85,000 visitors to the island in 2007.

‘If Ryanair do deliver 85,000 visitors to Malta in 2007 it will stop the perpetual decline in overall tourist numbers,’ say YourMalta, ‘It depends of course on whether a large number will be new visitors or simply those who would have visited Malta anyway. We believe the likelihood is that a good deal of the 85,000 will be new visitors who hadn’t considered a Malta holiday before. With Air Malta fighting back and having successful promotions too there is every reason to feel confident that 2007 will prove to be a good year for Malta tourism. Hopefully it will prove to be a turning point and not a delay in the downward spiral of the last few years’.

The real estate industry in Malta also produces a good deal of inward investment for the Malta economy, and increased visitor numbers often correlate to an increase in Malta property prices.

According to Tribune Properties, a UK based company who specialise in Malta properties for sale, property inflation could be in double digits next year.

‘Malta property buyers from overseas start as tourists, and with new tourists arriving next year in increased numbers we do expect this to have some impact on the market overall. The Malta weather is always a plus point when potential buyers are considering where to buy a holiday home. But ease of access is a critical factor, and with the new flights at reduced prices it makes spending a few long weekends on Malta as well as the traditional week and fortnight holiday a realistic possibility for more people.’

Travel guide YourMalta do offer a cautionary note, urging the Malta authorities to invest in better roads and other infrastructure.

‘It’s important that holidaymakers want to return to the island in future years, and not just visit once – never to look at a holiday brochure and a map of Malta with good memories and return. The Malta hotels are on a par with the rest of Europe, but if they step outside to dangerous pavements, unclean beaches and a timeshare tout around every corner ready with a high pressure sales pitch they won’t return. Hopefully the Malta Tourist Authority will be doing as much as they can ensure a pleasant Malta holiday experience’.

Magic spells for love, money, healing, protection and everything else you can think of. Written by a powerful lifelong Witch, thes[...]
Read More
⇛ view similar products
Magic Money spells

Magic spells for love, money, healing, protection and everything else you can think of. Written by a powerful lifelong Witch, thes[...]
Read More
⇛ view similar products
Turn Videos Into Money 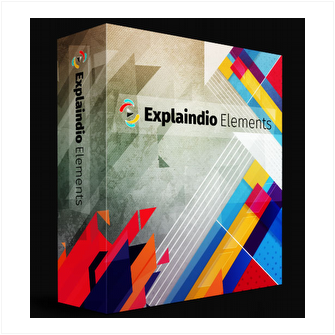 The 450 MEG Ultimate Web Graphics Package is packed full with .jpg, .gif, and .png files that will meet all your web graphic and i[...]
Read More
⇛ view similar products
Web graphics package

The 450 MEG Ultimate Web Graphics Package is packed full with .jpg, .gif, and .png files that will meet all your web graphic and i[...]
Read More
⇛ view similar products